Staged Identities: Documenting Folk Dance from the Philippines to Canada 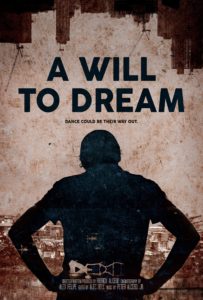 This SSHRC Insight Research-Creation grant investigates the ways in which Filipinos in Quezon City, an urban centre in the Philippines, and in the Canadian diaspora choreograph their identities through dance in the context of decolonization and social justice. As a research creation project, the outputs of this grant are predominantly documentary films. To date, two short documentaries and one feature documentary have already been produced: They Call Me Dax, Am I Being Selfish?, and A Will To Dream.

These works zoom into the plight of underprivileged dancers in Quezon City in their employment of ballet and Philippine folk dance in navigating poverty and protecting themselves from the precariousness of teenage pregnancy, drugs, and other vices. To bring out the theme of “hope” and “resilience,” they centre on the altruism of Luther Perez. A former ballet star, Luther gave up his US Green Card and the promise of a better life abroad to lift marginalized children and at-risk youth in Quezon City out of poverty by teaching ballet.

The next stage of the project will be to go to selected cities in Canada, such as Montreal, Calgary and Vancouver, to document on video and stills dance practices of Filipino immigrants there as way of making sense of Filipino diasporic identities in Canada.

Below are the accomplishments of these three works thus far:

THEY CALL ME DAX (10 minutes; 2021) | Fifteen-year-old Dorothy struggles to survive as a high school student and ballet dancer. Fondly called Dax by her friends, she lives by herself in a poor district in Quezon City, Philippines, a sprawling urban space of three million people.

AM I BEING SELFISH? (8 minutes; 2021) | Jon-Jon insists on supporting his two young boys and wife by teaching ballet to poor children and at-risk youth in Quezon City, Philippines. This insistence is despite his own financial hardship.

A WILL TO DREAM (95 minutes; 2021) | A former ballet star in the Philippines, Luther Perez surrendered his US Green Card to teach dance to underprivileged children and youth in urban poor districts in Quezon City. He wanted to continue the heroic work started by his close friend, Eddie Elejar, and late domestic partner, Tony Fabella, of empowering the marginalized through ballet. Filmed over five years, A Will to Dream touches on issues of teenage pregnancy, illegal drugs, precarity of labour, and inconsistent governmental support in poverty alleviation. It movingly illustrates how dance when partnered with altruistic teaching has the power to possibly overcome these socio-economic inequities and political challenges.