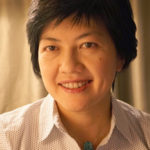 Doris Sung is Assistant Professor of Asian Art History at The University of Alabama. Her research focuses on early modern, modern and contemporary art of East Asia, cultural interactions between Asia and Europe, and gender and visual culture.

She is currently working on a book manuscript titled “Redefining Female Talent: Chinese Women Artists in the National and Global Art Worlds in the Early to Mid-Twentieth Century.” The book examines the contribution of three generations of Chinese women artists to the art reform and shifting gender positioning in China. It enriches and challenges existing narratives of nationalism, global interactions, and gender relations of the era. Sung published several book chapters and articles on Chinese women artists active in the twentieth and twenty-first centuries. She is contributor to entries on modern and contemporary Chinese art in Grove Art Online (Oxford Art Online). She is Co-PI of “Global Makers: Women Artists in the Early Modern Courts,” a digital humanities project that aims to encourage and support sustained, interdisciplinary consideration of the role Early Modern women played in the hands-on production of visual and material culture in the courts of Europe and Asia (c. 1400–1750). She is one of the research leaders of "TEAM (Teaching, E-learning, Agency and Mentoring)" for AWARE (Archives of Women Artists Research and Exhibitions).

Sung was an Assistant Curator at the Peabody Essex Museum (PEM) where she worked on Empresses of China’s Forbidden City, an exhibition organized by PEM, Freer|Sackler of the Smithsonian Institution, and the Palace Museum, Beijing. She also held the position of Project Coordinator for the international research and digital humanities project “A New Approach to the Popular Press in China: Gender and Cultural Production, 1904–1937.” Sung is also a visual artist and an independent curator. She has curated exhibitions on the works of Chinese-Canadian women artists, new art of the Asian diasporas, and experimental calligraphy. She earned her PhD in Humanities and MFA in visual arts from York University, Toronto.