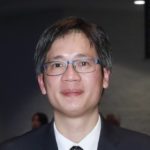 Jack was the founding Director of the Richard Charles Lee Canada-Hong Kong Library at the University of Toronto, having served since 2007. In that role, he provided leadership in building the largest research collection on Hong Kong and Chinese Canadian studies in North America. He planned and established the new facility funded by a three million dollar donation with collaboration from units across the library system.

Jack is also well known for his community-building accomplishments and international leadership. In roles spanning Secretary for the Board of Directors of the Asian Heritage Month in Ontario, Chair of the IFLA (International Federation of Library Associations) Standing Committee on Library Services for Multicultural Populations,and Chair of the International and Community Outreach Committee for the University of Toronto Libraries, Jack hosted exhibit activities for transmitting and visualizing research, coordinated many international partnerships and organized many cultural heritage events to celebrate the cultural heritage of Asian Heritage Month.