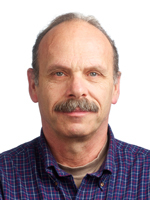 Born in Brooklyn, raised in Berkeley, college at the University of Chicago (BA 1972), MA and PhD at Columbia University (1980), with graduate student study at Kyoto University (1976–87), taught at Harvard University (1981–88) and the University of California, Santa Barbara (1989-2005), with visiting stints at the Institute for Advanced Study in Princeton (2001–03), Kyoto University (1996–97), British Inter-University China Centre (2007), Kansai University (2008), and the Hebrew University in Jerusalem (2014), Josh Fogel has lived and worked all over the place. Trained initially in Chinese history, he developed an abiding interest in Japanese history, too, and after many years of language study, found a way to integrate the two: the study of Sino-Japanese relations (cultural and political). His first major project was a biographical study of Japan premier prewar Sinologist, Naito Konan, which appeared in 1984 as Politics and Sinology: The Case of Naito Konan (1866-1934). Subsequent work has tended to focus on the dynamic interaction between these two cultural spheres. His eighth single-author book, Maiden Voyage: The Senzaimaru and the Creation of Modern Sino-Japanese Relations was published by the University of California Press in 2014. He has also published 19 edited volumes and 20 volumes of translation. For 15 years, he served as editor-in-chief of Sino-Japanese Studies (1989–2004), which was revived as an online journal in 2009 and for which he now serves as editor again.