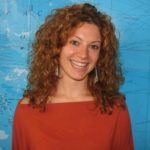 Prior to taking on her responsibilities as Director of ABMP, Elena received her education and worked on three separate continents: Europe, Asia and North America. She received her PhD in Chinese Modern and Contemporary History and International Relations from the University of Cagliari (Italy) in 2009, focusing her dissertation research on Uyghur-Han ethnic relations. Elena then undertook post-doctoral studies at the Institute of Asian Research (UBC, Vancouver) on Foreign Direct Investment in China’s mining sector, with an emphasis on Canadian mining companies. In China, she conducted her fieldwork for several years and she worked at the Council on International Education Exchange—the largest and oldest U.S. non-profit, non-governmental international exchange organization—as Academic director of the Peking University program and as Resident Director of the Minzu University of China program. In Canada, she worked at the Schulich Executive Education Centre, Schulich School of Business at York University as Associate Director of Open Programs. She is fluent in Mandarin, English and Italian and has more than 10 years of experience with educational organizations based in China and Canada.

Elena’s academic and professional background has been characterized by multiculturalism and interdisciplinary thought. As an international scholar and education worker, she has a strong capacity in building collaborative networks across North America, Europe and Asia.