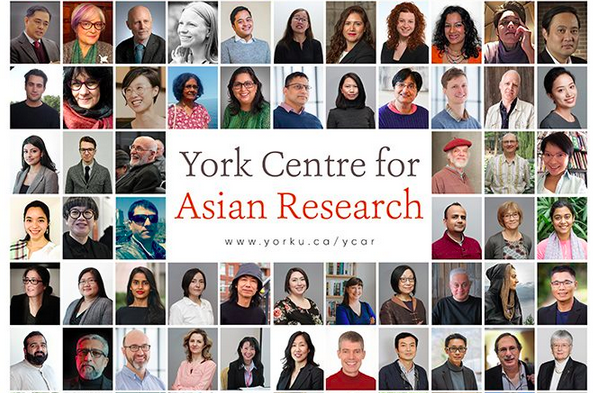 It is with a heavy heart that I am writing to you that our dear colleague, Lisa Drummond, passed away yesterday after a long illness. Lisa was a long-time YCAR Faculty Associate, Associate Professor in the Urban Studies Program in the Department of Social Science and a member of the Graduate Program in Geography.

Lisa did a BA in International Relations and an MA in Geography at the University of British Columbia, and then completed her PhD (2000) in Geographical Sciences at the Australian National University on Vietnamese urban geography. She was an expert in modern and postcolonial cities and suburbs, with particular interests in Southeast Asian cities (especially Hanoi and Ho Chi Minh City), urban social life, public/private space, gender and sexuality. Lisa conducted research in Vietnam for almost 30 years, and from 1992 to 1997, she worked as a consultant to CIDA, UNDP, the World Bank and other agencies, institutions and NGOs on various development projects and programmes.

She published in both English and Vietnamese, and co-edited five collections of writings on cities including The Reinvention of Distinction: Modernity and the Modern Class in Urban Vietnam with Van Nguyen-Marshall and Danièle Bélanger as well as Consuming Urban Culture in Contemporary Vietnam, with Mandy Thomas, and Gender Practices in Contemporary Vietnam, with Helle Rydstrøm.

She had a strong interest in art, and used it in her research as a means of insight into how people envisioned the future of cities. She also helped arrange for Vietnamese artists to find opportunities to exhibit their work in Canada. She was recognized by the Union of Scientific and Technological Associations of Vietnam in 2006 for her work on the geography of Vietnam. Lisa arranged for and selected the painting that now hangs at the entrance to YCAR.

YCAR will be creating a space to remember Lisa on our website and we would welcome your memories of her to include in this space. These can be sent to Alicia at ycar@yorku.ca.

In the interim, I am pleased to share both my and former Director Philip Kelly’s memories of Lisa below:

Lisa and I go back a long way. We shared the same supervisor in the graduate program in Geography at UBC (and as such were lifelong members of the ‘McGlee Club’); we overlapped for a year at the National University of Singapore in the late 1990s; and then, two decades ago, we started at York a couple of years apart. Even when we disagreed, I always enjoyed her acerbic wit, her irreverent humour and her raucous laughter.  She was a valued colleague and an important scholar of Vietnam. Her long experience there, and her fluency in French and Vietnamese, meant that she had a deep knowledge of the country and its urban landscape and history. She was also a mainstay of the Southeast Asian Studies community in Canada, where she was a regular and convivial stalwart of the CCSEAS conferences. I remember one such conference, in 2009, when about one eighth of the entire program consisted of sessions that Lisa had single-handedly convened. She will be deeply missed by friends and colleagues, near and far.

I am saddened to hear of Lisa Drummond’s passing. I first met Lisa in the summer of 2000 when she was a postdoctoral fellow at the National University of Singapore (NUS). Lisa was a co-organizer of a workshop on Southeast Asian Urban Futures, the first to seriously respond to the still lingering effects of the Asian financial crisis. The results of the workshop were published as a book titled Critical Reflections on Cities in Southeast Asia (2003). I believe this was Lisa’s first co-edited book. It was published soon after she left NUS for York University. Memory is a function of not only time, but also space. I didn’t meet Lisa again until 10 years later when I was a visiting scholar at YCAR under her sponsorship. We became fast friends but we were more than friends—Lisa was my “mentor” after all. She was the first to share with me what YCAR is about. Her affection for the Centre was certainly contagious. It was through Lisa that I found YCAR. She “taught” me the course that I am currently teaching for YCAR’s graduate diploma programme: The Making of Asian Studies. When I joined York in 2015, she was already struggling to keep well. Even then her support was unwavering. She played an important role in the organization of the 2017 Canadian Council for Southeast Asian Studies conference held at York.

Lisa will be remembered by students of urban Asia for her work on Vietnam. I will remember her for many more things including her fondness to learn new subjects. At one point she was seriously interested in writing about Korean television dramas. She already impressed us with the knowledge she had acquired. Above all, I will never be able to forget her loving nature. When she visited my family and I at home, she would bring the most wonderful toys that her son Chester didn’t use anymore. Some of them remain favourites of my daughter Leia. Lisa was a dedicated colleague, a great mentor, and a wonderful friend. She will be greatly missed.

Asia Research Brief #42 | “Playing Out of Bounds”: Identity and community-building on and off the court

In memory of our colleague Lisa Drummond