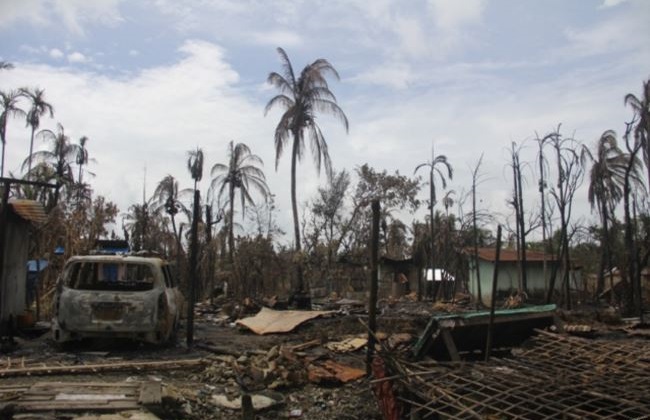 Buddhism is commonly understood as a religion of peace and tolerance. However, as Alicia Turner points out, Buddhist nationalism has led to egregious violence against religious minorities, such as the anti-Muslim attacks in Burma (also known as Myanmar). Turner is a Faculty Associate at the York Centre for Asian Research and Associate Professor of Humanities at York. She was recently awarded the Fellowship in Buddhist Studies by the Robert H. N. Ho Family Foundation for her book project on Buddhist identity.

Professor Turner’s project emerges from the contemporary context of Burma where democracy has failed to deliver peace and pluralism and Buddhist nationalism continues to produce violence against religious minorities.

“While contemporary political analysts are busy labelling various Buddhist monastic groups as more or less tolerant, they miss the depth of the issue,” said Professor Turner. “The lack of pluralism in Burma is a paradoxical threat at the heart of the democratic institutions and secularism itself,” she explained.

Based on archival materials from Buddhist associations, monasteries and publications, Professor Turner is examining how the current situation in Burma is the product of historical processes of defining Buddhist identity.

Looking at the way colonial and contemporary state efforts instituted secularism, she is tracing how distinctions between religious identities were constructed. Her research focuses on mechanisms of law, built environment, and the centralization of Buddhist authority in colonial Burma. By developing a deeper understanding of these histories, she will examine how the advent of firm boundaries between different group identities shaped the emergence of Buddhist nationalism.

Professor Turner’s project also seeks to understand how some Buddhist communities resist state categories and practice a more plural and fluid form of Buddhism. She said that while these practices are often dismissed by the state and elites because they defy conventional categories, they constitute an important counter movement to Buddhist nationalism.

More importantly, they illustrate that there are different ways of articulating and practicing religious tolerance – an important intervention in understanding the prospects for religious pluralism in Burma.

Professor Turner’s fellowship grants her course and administrative release to support the completion of her book manuscript.  During the tenure of the fellowship, she will also conduct follow-up archival research at Buddhist monasteries in Penang, Malaysia and Tavoy, Myanmar.

Professor Turner’s book project promises to be a critical contribution to how we understand Buddhism and religious tolerance in Southeast Asia.

YCAR Associates write about Anti-Asian racism in The Conversation